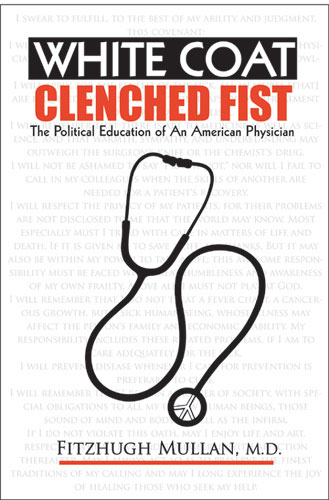 In the sixties, Fitzhugh Mullan was an activist in the civil rights struggle. While in medical school, Mullan was shocked by gaps in what the students learned, and the lack of humanity in the classroom. Later, Dr. Mullan was outraged at the conditions he discovered when he began to practice. He helped found the Student Health Organization, organized the Controversial Medical Collective at Lincoln Hospital in the Bronx, and struggled to offer improved medical care to those who needed it most and could afford it least.

Fitzhugh Mullan was Clinical Professor of Pediatrics and Public Health at George Washington University. He worked at the U.S. Public Health Service where he attained the rank of Assistant Surgeon General (1991-1996). Dr. Mullan was the co-founder of the National Coalition for Cancer Survivorship and the author of numerous books, including Plagues and Politics: The Story of the United States Public Health Service, and Big Doctoring in America: Profiles in Primary Care.