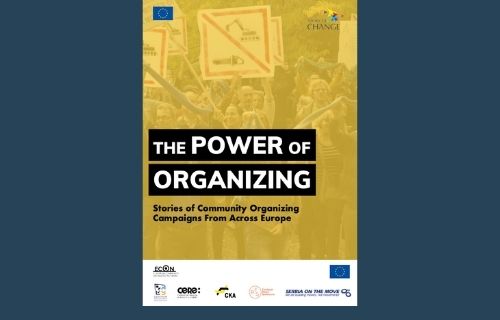 The Power of Organizing: Stories of Community Organizing Campaigns from across Europe

Case studies and stories of community organizers working in Europe from climate work in Poland to Roma rights in Slovakia and more.

“This study documents the findings of community organizers working in Central and Southeastern Europe, though its lessons are broadly applicable. The stories of organizing documented in this report cover a diversity of struggles, from climate work in Poland to Roma rights in Slovakia. From LGBT organizing in Romania to mothers building power to pass national legislation in Serbia.

So…read this study if you are a community organizer in Europe looking to deepen the practice of your craft.

Read this study if you are involved in building a democratic civil society and you seek to understand how community organizing can play a role in strengthening movements for social justice and environmental sustainability.

Read this study if you learn best from case studies of the practice of community organizing written by the people who were there.

Thanks, and happy reading! The research team ” – p.3

This report includes great case studies from Europe including:

Hungary: Building a regional grassroots civic alliance in Gyal
Hungary has sledded down the slope towards authoritarianism in the last ten years. However, to reoccupy politics and rebuild a democracy that draws on the participation of local people instead of corporations, the country needs strong grassroots organizations which do the transformative work. Eleven Gyál became an inspiration for many in this sense. Within four years, the Hungarian community organization solved a crucial anomaly in public services, disclosed the local dimension of a national corruption issue, and grew to be a unique voice in the small town of Gyál. Bendegúz Tikász, a community organizer in Civil College Foundation (CCF) in Hungary, which provided organizing support for Eleven Gyál, shares his lessons learned about how the organization scaled up its work in the region and helped establish a sister organization, Eleven Vecsés.

Hungary: Conductors of the Activist Orchestra on the Romai Bank
Local communities in Budapest had been in a long fight with the previous mayor over a dam on the Danube Bank. The city council wanted to protect apartments built on a floodplain and raise a dam at the expense of destroying the natural habitat. The construction plans, announced in 2013, triggered fierce civic opposition and set off a long campaign to protect the “Római Bank.” In 2020, the idea of the dam was eventually dismissed by the new city council after the voters had elected a new mayor with an environmental agenda. Various civic groups joined the years-long struggle, bringing in different skills and approaches to social change, including community organizing. Bendegúz Tikász, a community organizer in Civil College Foundation (CCF) in Hungary, which provided organizing support for the campaign, shares what role community organizing played in this rich movement infrastructure.

Poland: Organizing in the Silesian Climate Movement
In 2018, with international leaders descending on the city of Katowice for the meeting of the Conference of the Parties to the United Nations Framework Convention on Climate Change, or “COP24,” the Silesian region of Poland experienced a burst of climate-centered activism and organizing. Several initiatives sprung up, making use of a variety of approaches, and active debates over tactics revealed a creative tension between practices associated with “activism” and those of “organizing.” Near the center of much of this activity and debate is the Common Thing Foundation. Led by experienced community organizers, the Common Thing Foundation has been seeking ways to adapt the practice of community organizing to meet the needs and realities of emerging social movements in Poland. Our researcher, Wioleta Hutniczak, is a supporter and volunteer with the Common Thing Foundation.

Poland: Building the Power of Women in Chrozow
The Polish city of Chorzów used to be one of the most important industrial centers in the Silesian region, which itself has played an outsized role in the economic strength of Poland. However, over the last two decades, the industrial fortunes of the region have reversed as coal and heavy industries have contracted and shut down. The organizing work documented in this study reflected both a place-based and feminist organizing approach, with the key researcher on the project, Wioleta Hutniczak, asking as the central research question, “How does organizing shape the personal development of women in the Chorzów women’s group?”

Romania: Community Organizers in the movement for LGBT Rights
In 2015, a conservative civic group launched a campaign to ban samesex marriage in Romania. This prompted a broad pro-LGBT alliance of civil society organizations and political parties to protect LGBT rights. Alexandru Palas, now a community organizer at CeRe, the Resource Center for Public Participation in Romania, participated in this movement through the LGBT organization MozaiQ. In his research, he explored how community organizing contributed to the movement’s work with massive leadership development efforts and by strengthening the movement outside the capital.

Romania: The Challenges of Volunteer-led Organizing at the Neighborhood Level
In 2014 a volunteer-led campaign in the Floreasca neighborhood in Bucharest began battling a corrupt development regime to combat an assault on the environment of their community. The organization achieved significant growth and success but also suffered the challenges of being a small-scale project. They confronted catch 22 of being a small initiative looking to become a formalized organization: needing money to be able to raise money. Our researcher, Alex Palas, interviewed both a local leader who worked on the campaign and a funder who provided start-up resources to the effort about the advantages and disadvantages faced by hyper-local, volunteer-run organizing processes.

Serbia: Rights for Moms, Bravo for Moms!
In Serbia, women on maternity leave received their financial allowance with a 3–6-month delay because the state failed to transfer the funds on time. Serbia On The Move, a center for community organizing in Serbia, launched a campaign in 2014 to remedy this harmful practice. They managed to put enough pressure on the government to guarantee a timely transfer of payments. Marija Peric, a community organizer in Serbia On The Move, explored the organizing strategy that allowed them to recruit more than 200 women with small children into this campaign.

Serbia: Putting Youth in the Center
One day, a group of young people in the Serbian city of Bor had had enough. They lacked a community space to organize programs and spend their free time creatively. So, in 2017, they launched a campaign to persuade elected officials to turn a city-owned building into a community center. Their actions were crowned with success and changed the perception of local decision-makers about youth. Marija Peric, a community organizer in Serbia On The Move, was a leader in this organizing process. Marija explored their systematic effort at leadership development that allowed them to mobilize a critical number of young people and supporters — and win

Serbia: The Tabita Campaign for Roma Power in Slovakia
The Center for Community Organizing (CKO) in the Banská Bystrica region of Slovakia has existed for over twenty years. The organization originally got its start working in lower-middle-class neighborhoods, but over time has moved more and more into work with marginalized communities. Our researcher, Maroš Chmelik, is the director of CKO. Here he examines how long-term investments made in building relationships within communities on the margin of society paid off in the moment of acute crisis presented by the COVID pandemic. It was at times a messy process, but ultimately this organizing story is one of hope, empowerment, and community resilience in the face of crisis.

Serbia: Forging a new approach to organizing through struggle and crisis
The Center for Community Organizing (CKO) in Banská Bystrica, Slovakia is a pioneer of community organizing in the Central and Eastern European region and one of the oldest organizing initiatives in Europe. Over the 22 years of their existence, they have built a dense network of relationships which have allowed them to build a durable reputation and to effectively respond in moments of crisis. Over the years, CKO has also been engaged in a back-and-forth dialogue with organizers in the United States, which has been characterized by moments of learning, adopting, and evolving practices to meet the particular conditions of their work. Our researcher, Maroš Chmelik, is the director of CKO, and the story of organizational evolution he documents in this case study in many ways mirrors the evolution of many organizing initiatives in Europe. 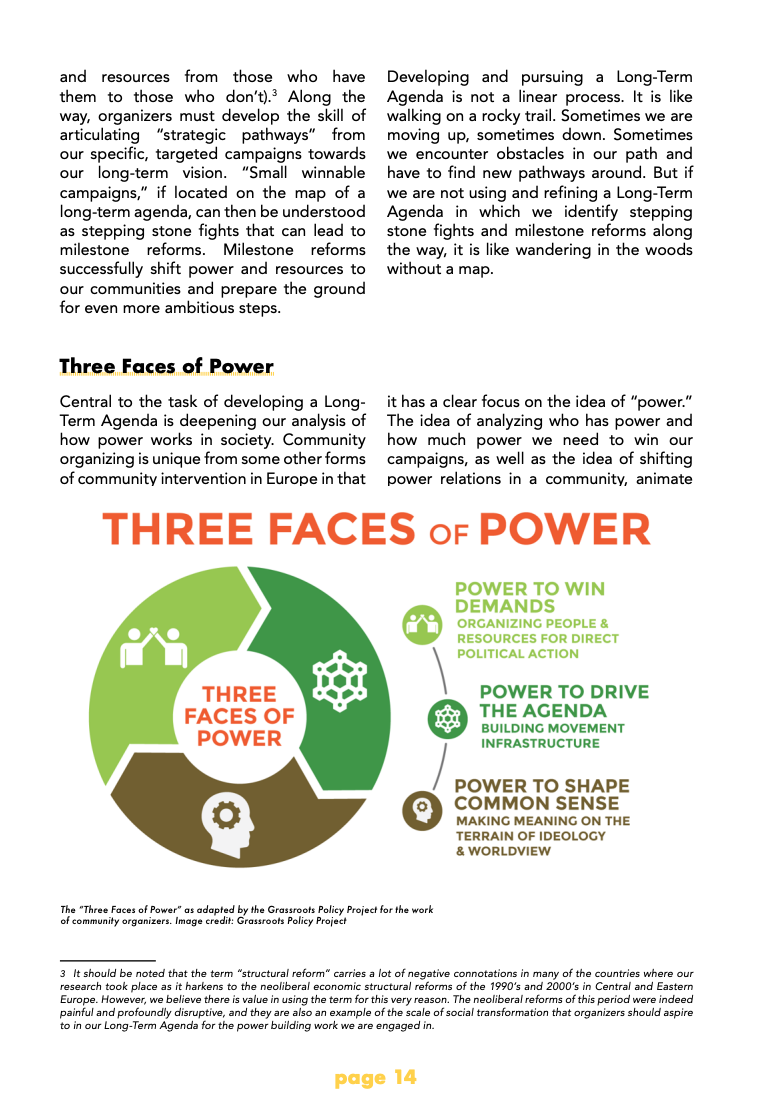 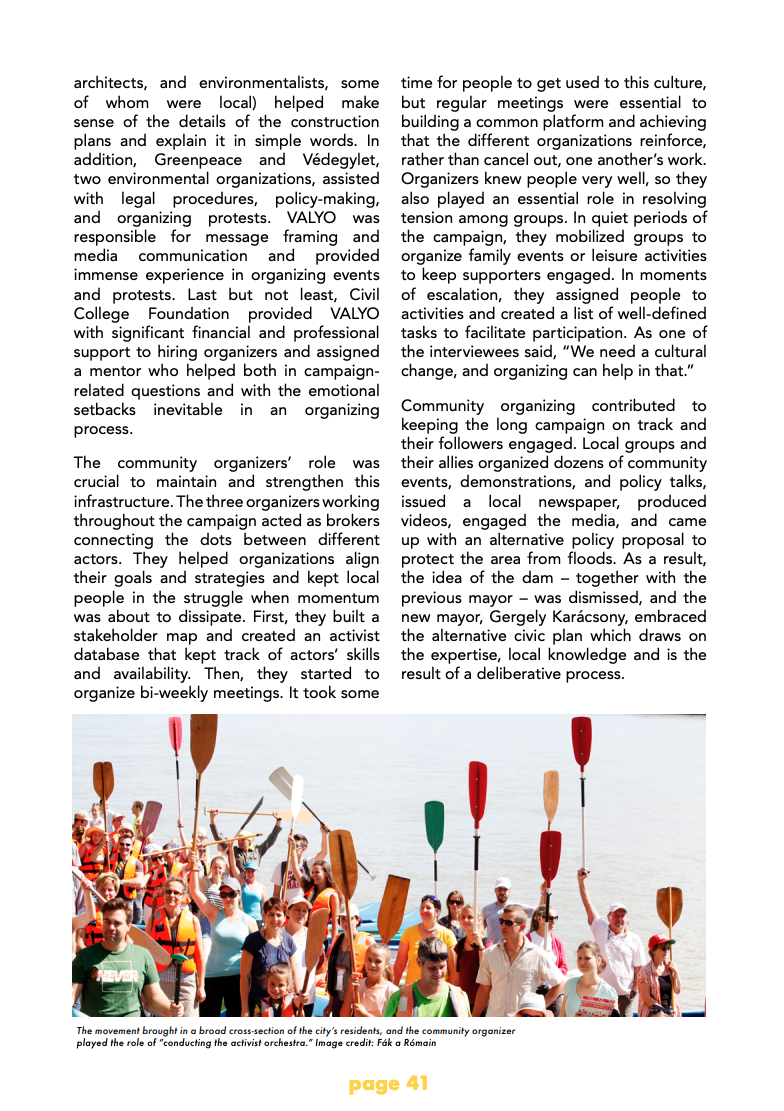 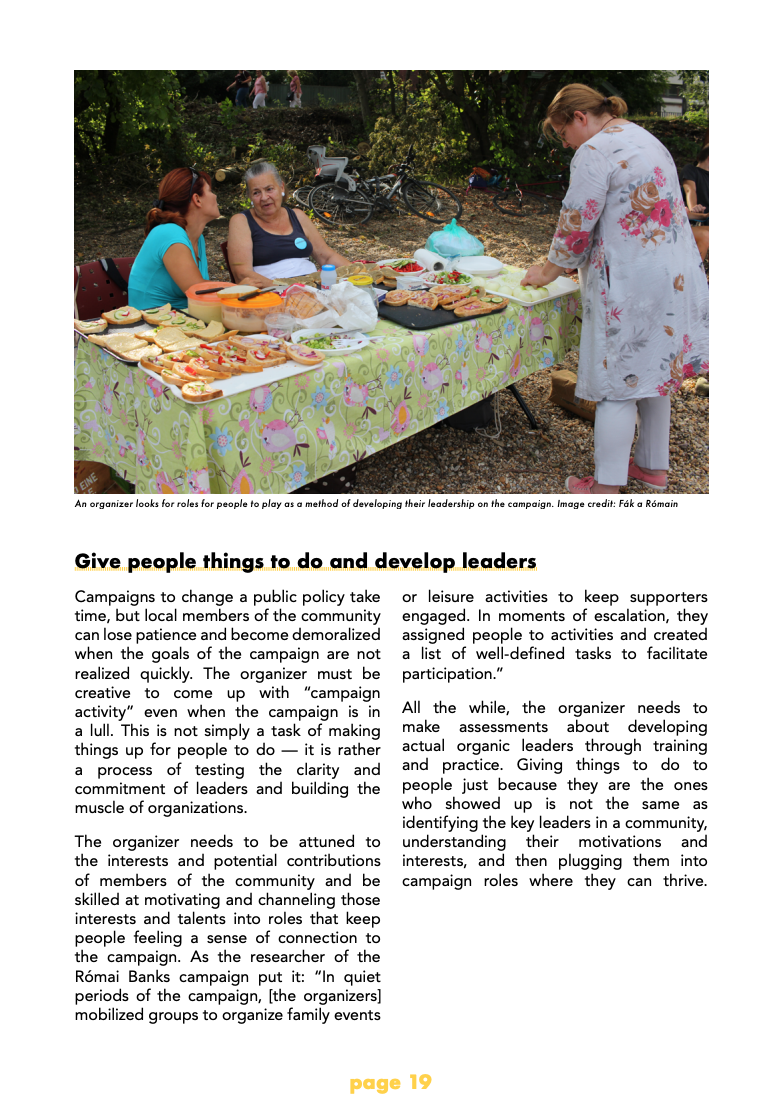 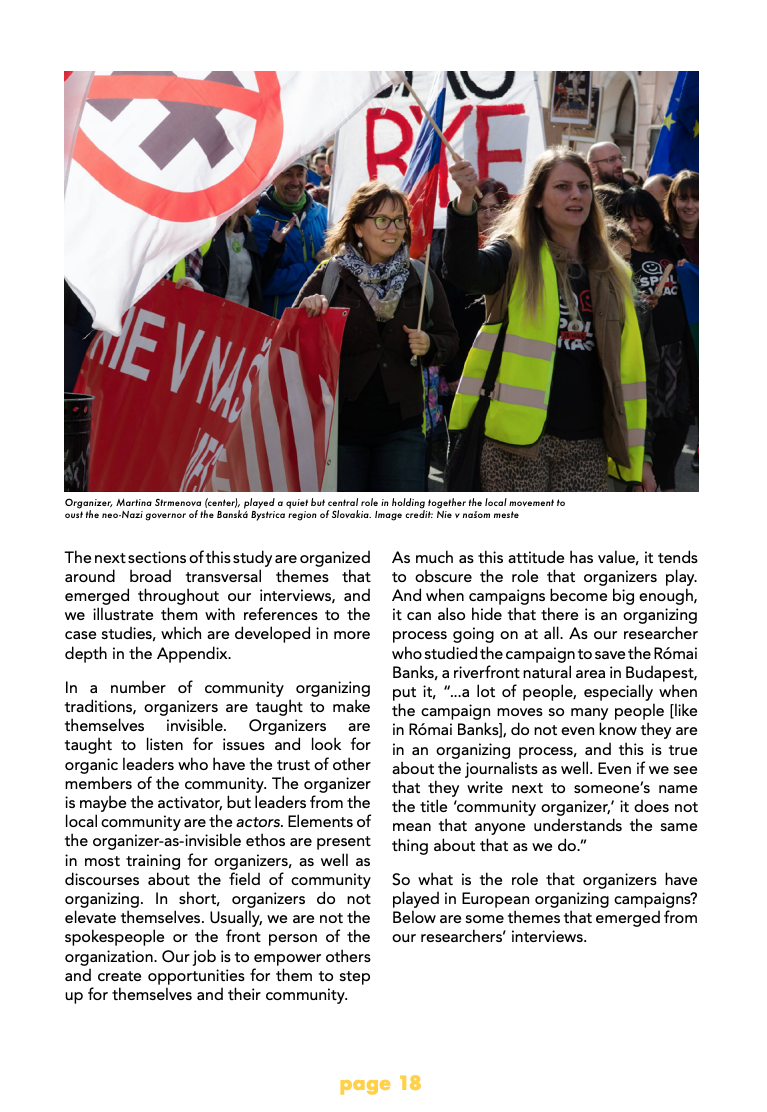 The Power of Organizing: Stories of Community Organizing Campaigns from across Europe