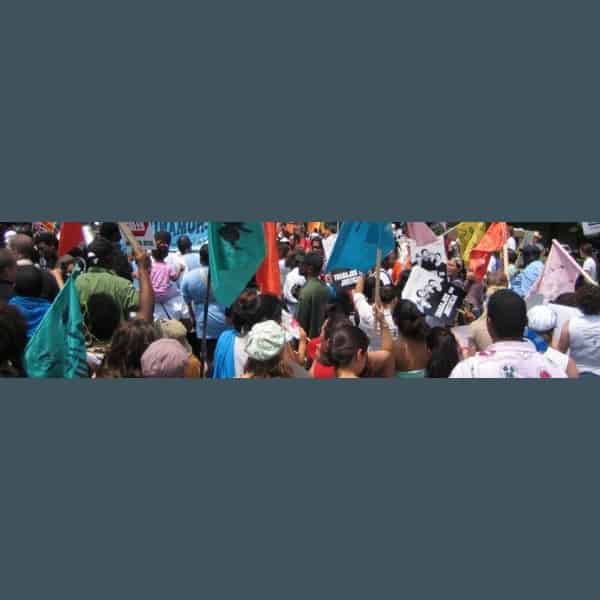 Organizing as a Campaign Strategy

Marshall Ganz discusses grassroots organizing working as a campaign strategy for past electoral campaigns in the United States.

Rasmus Klies Nielsen’s Ground Wars brings refreshing focus to the role interpersonal communication can play in even the most high-tech, high dollar, high-profile 2012 electoral campaign. This is an important reality check for those who think it’s all simply a matter of who can buy the best ads.

There is, however, another aspect to this question that I’d like to highlight: the difference in whether one employs interpersonal communication as yet another marketing technique or whether it is used to engage people in organizing to become active participants in the political process. This distinction is of particular significance for Democrats who cannot rely on the network of gun clubs, evangelical churches, right to life groups, and tea party chapters that so successfully provided the grassroots base for an ascendant conservative movement over the course of the last 30 years.

Until the 2004 Dean primary campaign in New Hampshire, most of the new interest in door to door communication remained soundly rooted in traditional political marketing: analyze the voting rolls, target persuadables for persuasion, “occasionals” for motivation, canvass them (at the door or over the phone), identify them, and get your voters out to vote on election day. This assumed legions of volunteer or, most often, paid canvassers to do the job. While computer targeting methods could fragment “messaging” of the electorate, they could also enable focus on voters with whom such work could make a real difference (see my 1994 American Prospect article “Voters in the Crosshairs”).

This differs sharply from “old school” organizing of people from particular communities to take responsibility for “delivering” a certain number of voters to the polls on election day by visiting, calling, reminding, and, on election day, visiting, calling, and reminding each one until they voted or the polls closed. This required motivating volunteers to accept leadership responsibility, training them in the work, coaching them in doing it, holding them accountable for their results, and celebrating their success. And it was how I was trained to organize getting out the vote for Robert Kennedy in the 1968 California primary. With the commercialization of the electoral process rooted in the flourishing networks of consultants, contractors, and specialists, this approach fell into eclipse except in “insurgent” candidacies of one kind or another—of which Howard Deans run for the precedence in 2004 was one.

In New Hampshire his campaign director, Karen Hicks, decided that far more could be achieved by turning her team of youthful canvassers, quickly burning out, into a team of energized, motivated, and, by the time it was over, skilled young organizers. In some three months they learned to recruit volunteers to host some 1000 house meetings, which 50,000 people were invited personally to attend, of which 10,000 actually showed up, creating a new Democratic infrastructure which, if it was not enough to overcome the “scream,” turned that state “blue” in November. Out of this nucleus came the team whose efforts to bring “organizing” into the 2004 general election were frustrated by the DC consultocracy, but who, in 2008, were key architects not only of the Obama organization (Jeremy Bird, Buffy Wicks, for example), but were also responsible for the better grassroots work of the Clinton campaign (Karen Hicks, Robby Mook, for example). And it was this re-introduction of grassroots organizing—building local leadership teams, setting clear goals, providing deep training, and offering sustained coaching—that not only drove the 2007-08 Obama campaign, but introduced a whole new generation not just to the role of interpersonal communication, but to building a grassroots organization that could turn insurgency into victory. Why this organization, which counted some 1.5 million active participants in its ranks, was not put to work fighting for the President’s agenda, but, rather, put to sleep after the election, is one of the questions that will always haunt Obama’s first term.

And now if one conducts an overview of campaigns around the country, while one will see many more field operations than would have been the case 10 years ago, whether they are marketing a candidate or building an organization depends almost entirely on who happens to be running the field program, whether or not the campaign manager “gets it”, and whether the candidate can tell the difference. At stake is not only whether a particular election will be won or lost but whether the electoral process can be used to build the kind of organizational infrastructure responsible for conservative electoral—and policy—success over the last 30 years.