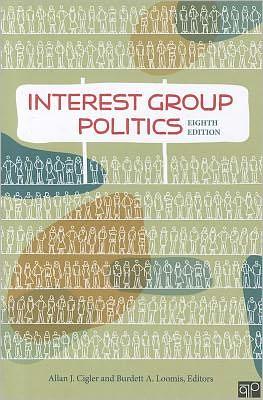 A look inside associations to reveal how volunteer leaders spend their time within their organizations and to explore the skills they do, and do not, take away from those experiences.

Shows what skills environmental association leaders learn, how much they develop those skills, and what associational settings foster that learning. This book chapter is from the book – Interest Group Politics (8th Edition), edited by Allan J. Cigler and Burdett A. Loomis (CQ Press, 2011), 110-138.

“In the days following Michael McGinn’s inauguration as mayor of Seattle, he quickly began falling under the scrutiny of a critical media and a restless public. It remains to be seen how he will fare off the campaign trail and in the mayor’s office. We might have reason to believe that he will adapt quickly and find himself successful at the task.

Why? If his campaign efforts are any indication, it would appear that McGinn was, during his years at the helm of the Sierra Club’s Cascade Chapter, quite likely one of those leaders who learned substantive lessons about managing himself, managing others, and managing public work. We have seen so far that Sierra Club leaders often commit serious amounts of time to their 28 leadership activity. They divide this time across a variety of tasks, some geared more towards the creation and sustenance of collective action, others geared more toward organizing and influenceseeking. Many leaders are developing skills, although some skill dimensions are more likely to be improved on than others. Devoting more time overall is related to skill improvement in general, but a closer look shows that, currently, leaders who focus a greater share of their attention on mobilizing and outreach report more skill improvement.

Given these patterns, what should civic association leaders be doing? A cursory answer might be “stop meeting and start doing,” a recommendation to simply refocus leaders’ time commitments away from meetings and administrative activities and towards mobilizing and outreach. Such an answer would miss much of the essence of civic associations. The Sierra Club is a complex formal organization and the effort required to direct that organization effectively in the generation and sustenance of collective action is substantial. As such, it is unlikely that a major re-allocation of time from meetings and administration to other activities is possible—or even desirable. Rather than simply refocusing time, a better approach might be to reform the activities leaders are already doing to take advantage of the potential skill development opportunities within them. Investing in systematic, ongoing, focused training for leaders on how to run better meetings, how to challenge their colleagues, or how to manage internal conflict could improve skills for particular leaders and help them to create more productive learning opportunities—from the meeting rooms to the streets to the trailheads—for others.

Stated more simply, perhaps the key lesson is to “be like Mike.” Michael McGinn’s mayoral campaign engaged lots of volunteers. Meetings happened in the course of recruiting, training, and deploying those activists—meetings undergirded with a serious imperative to effectively mobilize. Perhaps these meetings were run better than the typical Sierra Club Group or Chapter Executive Committee meeting. Clearly activity did not stop with the meetings. Once the initial round of 29 volunteers was in the mix, many hands reached out to the community, found interested individuals, and transformed them into active campaign participants. In so doing, the campaign could draw on the creative synergy of civically skilled leadership and the organizational capacity of engaged activists allowing them to deliver on clever, politically-savvy public events—like sending out Mike on his bike. McGinn’s civic leadership training before the campaign helped prepare him to run successfully for public office. The way he then ran his campaign may well have prepared a new generation of potential Seattle politicians and community leaders to follow his example.

In an era of declining civic engagement and declining prevalence of the kinds of associations that provide opportunities for developing civic skills, organizations like the Sierra Club provide a critical civic resource for the nation. At the moment, they are partly succeeding in the task of providing civic skills to citizens and potential community leaders. But the data also show that at the moment, they may not be going far enough. In addition, they may be part of a dying breed of organizations that provide any opportunity for civic learning. If organizations like the Sierra Club fail to live up to their civic training potential, or if they end up closing their door altogether, where will the next Michael McGinn go to get trained? And where does a society in need of civically skilled leaders find its next set of rising stars?” p.27-29