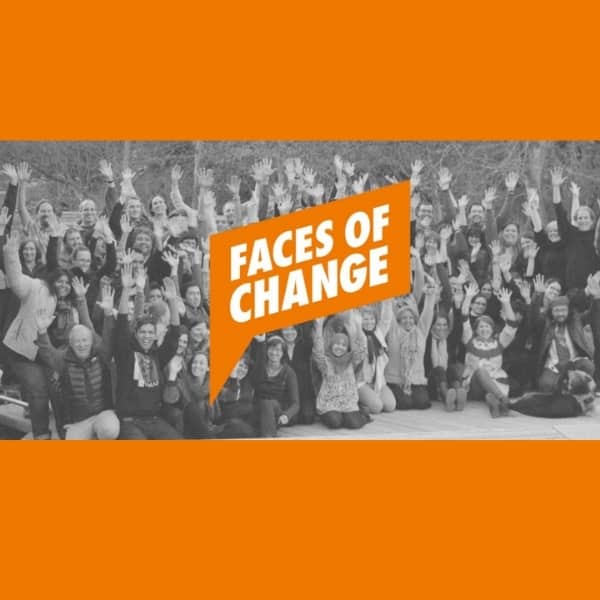 An ongoing podcast series from the Leading Change Network to amplify the stories of people developing leadership and enabling communities to create change all over the world.

Marshall Ganz sat down with Nisreen to explore her journey to leadership — from a young girl forced to leave Palestine with her family, to returning years later to advise the Palestinian team on peace negotiations with Israel and then discovering the power of organizing and committing herself to building new civic leadership across the Middle East.

Nisreen joined us for an online Faces of Change Live event on 30th October 2019 to show the impact of her and her organization’s leadership and organizing in the Middle East and how they are achieving it.

Marshall meets Art Reyes III, the Executive Director of We the People-Michigan, a statewide multi-racial community organization that is building people-power for social and economic justice in Michigan.

Their mission is to transform the politics of Michigan from the ground up, moving away from simply mobilizing around elections, but by embedding the organizing infrastructure needed for people to shape politics from their community up.

In Marshall’s conversation with Art, we learn how he was called to organizing at an early age, and is leading an innovative — and challenging — effort in one of the most segregated states in America.

We also hear how mastery of the organizing craft grows form sustained learning across diverse domains, issues and communities, and what it takes for people to mobilize the power they need to shape their communities, their politics and their state.

Mariali and Vía Educación’s work on citizenship education is being implemented as part of Mexico’s national curriculum.

Mariali shares with Marshall why children give her hope for building the democracy project, how they’re doing it on the ground in Mexico and what called her to leadership.

Marshall Ganz sits down with Dyanna Jaye, Sunrise’s Co-Founder and Organizing Director, to chart the rise of a movement that has rocked the political establishment, and to learn about Dyanna’s own journey to climate justice leadership.

Dyanna shares Sunrise’s movement building ‘DNA’, taking us from the moment they were thrust onto the national stage after the high profile sit-in protest outside Nancy Pelosi’s Office with Alexandria Ocasio-Cortez, through to how they’re scaling a national movement driven by thousands of young people in local communities at this time of social distancing and deep uncertainty.

Dyanna and Marshall also explore the power of sustained learning for building powerful movements and how we can seize this very moment to create the change our communities want.