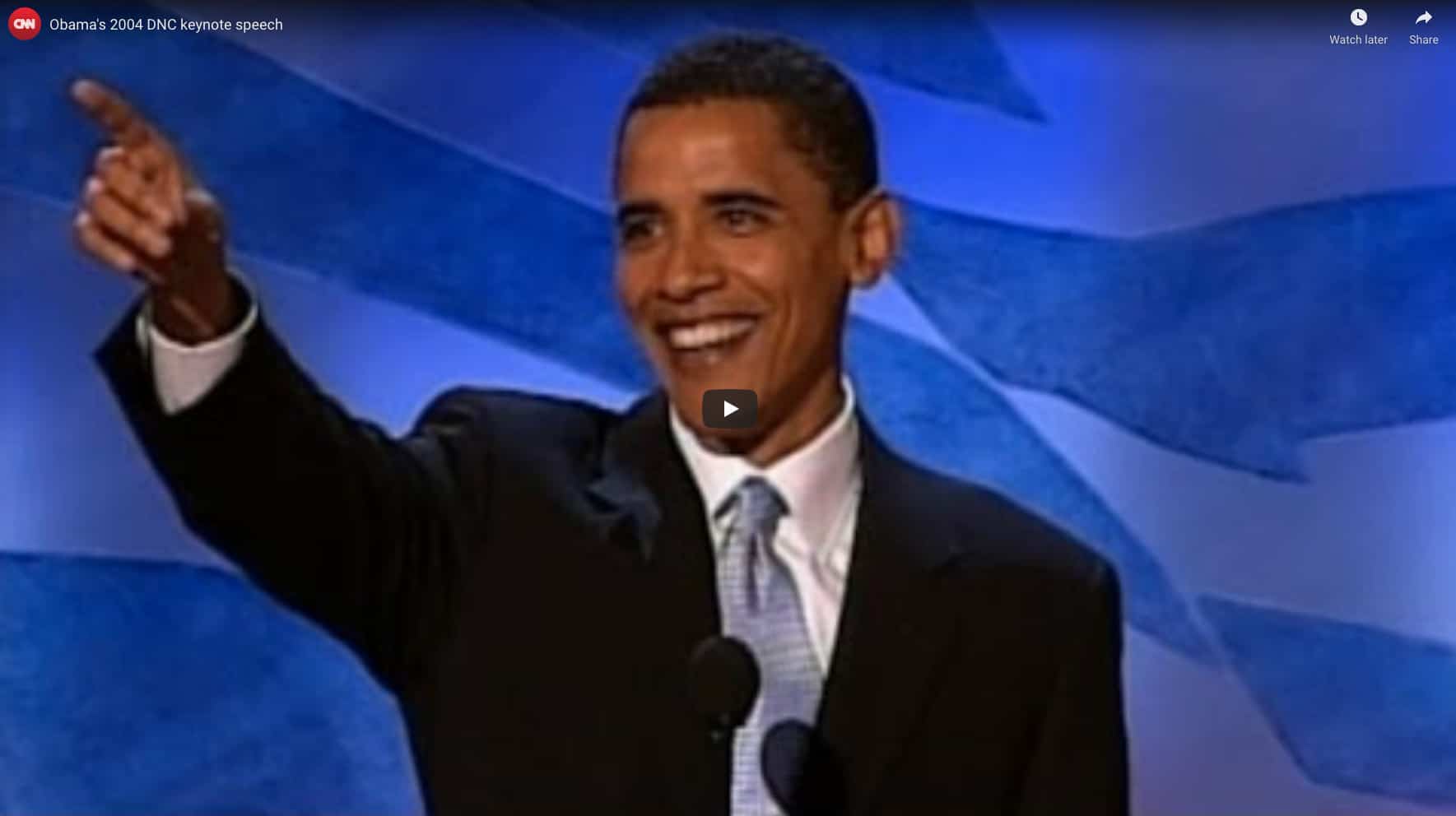 Watch Obama's speech following the structure of self, us and now.

“In Sen. Obama’s “story of self” he recounts three key choice points: his grandfather’s decision to send his son to America to study, his parent’s “improbable” decision to marry, and his parent’s decision to name him Barack, blessing, an expression of faith in a tolerant and generous America. Each choice communicates courage, hope, and caring. He tells us nothing of his resume, preferring to introduce himself by telling us where he came from, and who made him the person that he is, so that we might have an idea of where he is going….In Sen. Obama’s speech, he moves into his “story of us” when he declares, “My story is part of the American story”, and proceeds to lift of values of the American he shares with his listeners – the people in the room, the people watching on television, the people who will read about it the next day. And he begins by going back to the beginning, to choices made by the founders to begin this nation, a beginning that he locates in the Declaration of Independence, a repository of the value of equality, in particular. He then cites a series of moments that evoke values shared by his audience…Sen. Obama moves to his “story of now” with the phrase, “There is more work left to do.” After we have shared in the experience of values we identify with America at its best, he confronts us with the fact that they are not realized in practice. He then tells stories of specific people in specific places with specific problems. As we identify with each of them, our empathy reminds of pain we have felt in our own lives. But, he also reminds us, all this could change. And we know it could change. And it could change because we have a way to make the change, if we choose to take it. And that way is to support the election of Sen. John Kerry. Although that last part didn’t work out, the point is that he concluded his story of now with a very specific choice he calls upon us to make.” – Marshall Ganz
Source: What is Public Narrative? Marshall Ganz, 2008, Harvard University, Harvard Kennedy School

Watch the “first seven minutes of Barack Obama’s 2004 DNC speech. While you watch it, think about the elements of SELF – US – NOW that you hear in his story.