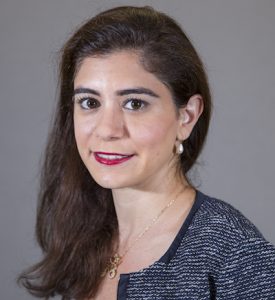 Rawan was born in Jordan and grew up in Egypt, Cyprus, and the US. Growing up in different places made her value community.  She graduated from Emerson College after studying Marketing Communication. Realizing her calling wasn’t to make the rich man richer, she received a Master’s Degree in Political Sociology at the London School of Economics and Political Science.  Rawan then returned to Jordan and established Ta3leeleh, an organization that creates spaces for self-expression, social cohesion, and community efficacy. In 2010, she applied to the Leadership, Organizing, and Action: Leading Change course at the Kennedy School and found her calling in organizing.  Since then, she has been a community organizing trainer supporting activists to develop their leadership and organizing skills in the Arab region and around the world. In 2017, she decided to gain new perspective and enrolled in the Mid-Career Master’s in Public Administration Mason Program at the Harvard Kennedy School.