After nearly 45 years since his last visit, Marshall Ganz returned to Mexico as part of a Leading Change Network project to quench the thirst of local organizers and grassroots movements with his wealth of information and his unwavering commitment to teaching the Public Narrative and Organizing. 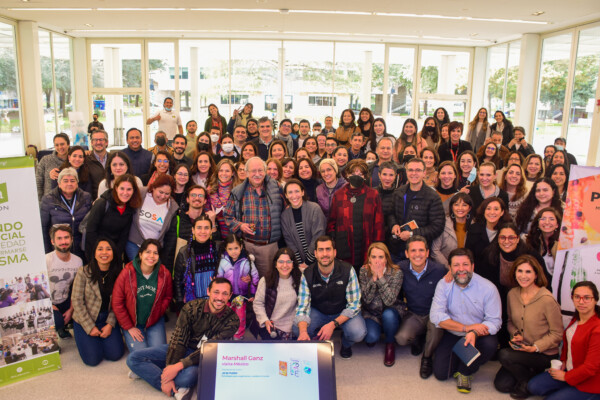 At a time of uncertainty, a group of Mexican organizers comprising former alumni, grassroots organizations, and academics, led by Carlos Quintero felt that it was the opportune time to inspire the country to mobilize and called on Marshall – a known activist and organizer – to gauge the Spanish speaking world by releasing some of his invaluable work in the Spanish language.

The highly anticipated title was launched during a grand ceremony at the Biblioteca Vasconcelos and sold out in minutes! The ceremony included a panel discussion that brought together a distinguished group of speakers, including María Elena Morera (Causa en Común), Mónica Tapia (Aúna), and Alexandra Haas (Oxfam México), who shared with more than 100 guests attending the historic event their favorite parts of the book. The discussion was followed by a Q&A session moderated by Pedro Salazar (UNAM) and a book signing session.

Ganz’s debut Spanish work sold out at every venue, where he made a public appearance during his visit! Fret not! It is available at Grano de Sal, Amazon, Barnes & Noble, and Apple Books. So, make sure to grab your copy of this invaluable resource today! 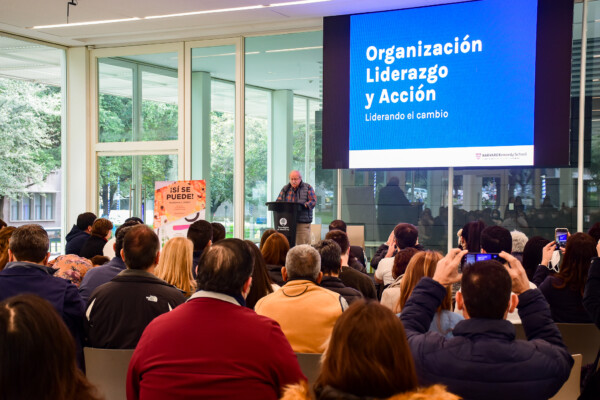 Between December 11-18, 2022, Ganz did what he does best! He touched the lives of people he met with warmth, humour, simplicity and generosity. But that’s not all…  He shared his lifelong learning and experiences during scheduled events, including a seminar at Ibero University – CEX (Centro de Exploración y Pensamiento Crítico) and a meeting with Harvard Mexico Club alumni. He also delivered a speech in front of more than 80 people introducing the five leadership practices that are the pillars of his organizing framework. He also inspired and shared his lifelong organizing experience with local grassroots organizations.

The status of Community Organising in Mexico was high on Ganz’s agenda, so he made sure to meet with politicians and activists to learn and deliberate on its current realities. He also gave interviews with media outlets eager to sit down with the Father of Community Organising, including La Jornada newspaper, Milenio Television, and El Norte newspaper.

Those close to Ganz know he can’t sit idle! He flew to Monterrey, the second largest city in Mexico and led a seminar attended by 130 people at Tec de Monterrey University. The recording of this inspiring talk will be published on LCN Resource Center soon.

Ganz returned home to Boston confident that a new generation of Mexican community leaders was convinced that Ganz’s title Si Se Puede, is a reality.

LCN is forecasting the growth of the Latin America Community Organising community. Ganz’s visit has been focused on paving the path towards realizing that vision.

If you missed the chance to meet Marshall Ganz in Mexico, then you have an opportunity to attend the launch of his book online!