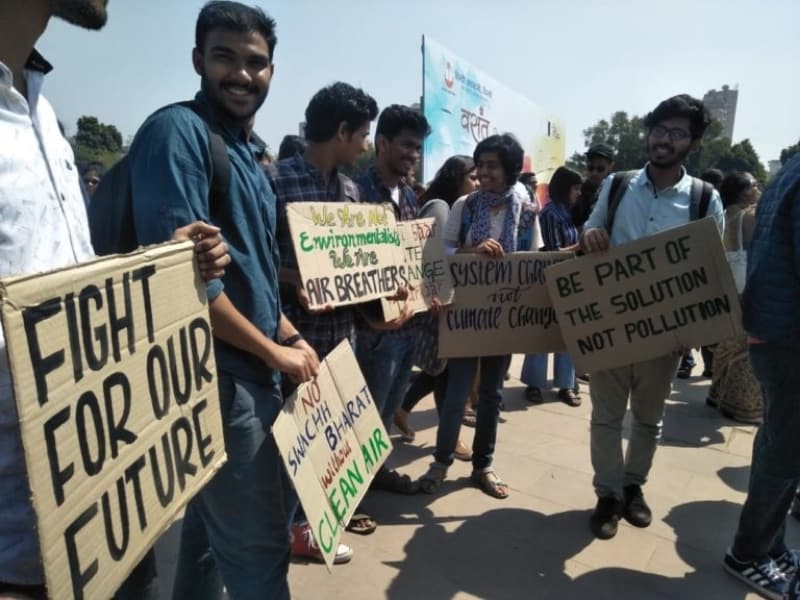 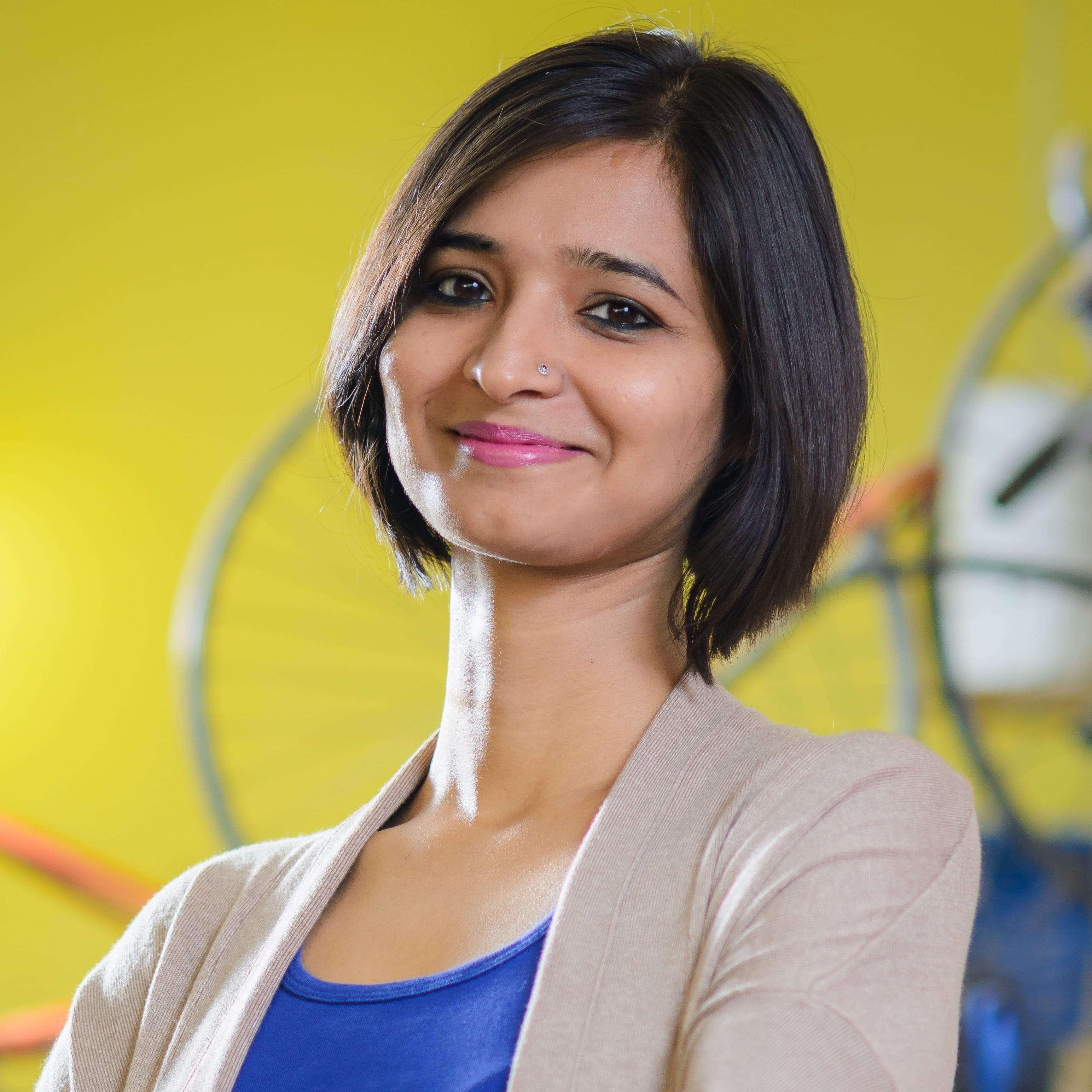 Aprajita (pictured) is the founder & CEO of Haiyya. Haiyya was founded in 2015, with a vision to rebuild and transform the social fabric of India, where young leaders and their organisations are building grassroots citizen power to strengthen democracy, governance and human rights.

This was first published in The Good Sight | November 2019

A few weeks back, as the world was mobilising itself for one of the biggest and widest global climate strike campaign (20-27 September 2019), I couldn’t help but think of

the interesting juncture we are at as young India. About 70% of our population is less than 35 years of age, and we’re the youngest country in the world. On one hand, as young people, we are still dealing with grave problems of the poor education system, mass unemployment, lack of health infrastructure to name a few. On the other hand, students and youth are skipping schools, classrooms, job routines and hitting the streets to make themselves heard as they protest global inaction and apathy on the issue of climate change. Can it get any more ironic that today’s youth is struggling to access classrooms, universities, skills and job markets and yet they are ready to skip them for a burning issue that has historically been neglected because guess what? It’s not just the problems that have been neglected, it’s the youth who have been neglected. Young India is ready to lead and they are seeing things through. To echo Ridhima Pandey, one of the 16 children climate activists who filed a complaint to protest the lack of government action on the climate crisis at the United Nations Climate Action Summit this year, “I want to save my future, I want to save our future”. 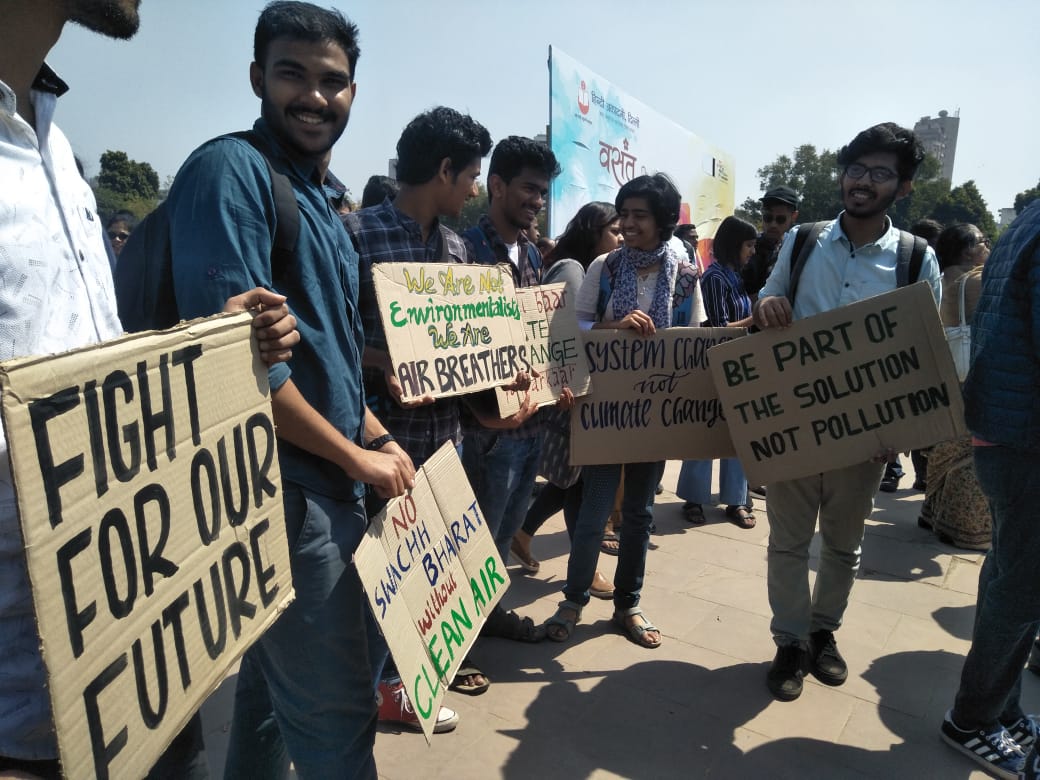 India faces many challenges; from rising inequality, the galloping role of corruption, a polarised society, to environmental degradation. Social change is not something new to this time. But its complexities have given rise to a whole new generation of changemakers, rising within modern-day communities and its challenges. We set up Haiyya because we were frustrated at how the social development sector was significantly failing to create and sustain leadership support pathways for young people who want to make a difference.

India has a rich history and culture of citizens organising to drive social change. There have been many powerful movements and campaigns, starting freedom movement, to anti-caste movement by Ambedkar, anti-emergency movement by JP Narayan, Chipko Andolan, Narmada Bachao Andolan, anti-corruption movement, Nirbhaya movement to LGBTQIA+ movement. People-power campaigning has been our cultural and instinctive performance to participate in the democratic process. We’re again witnessing the dawn of new age campaigning and organising, not only in India but worldwide. And in Greta Thunberg’s words, “We will not let you get away with this. Right here, right now is where we draw the line. The world is waking up. And change is coming, whether you like it or not.”

So what now? Two big questions, Haiyya is trying to answer in the past four years is – how do we channelise this anger, courage, hope and momentum into possibilities? How do we imbibe and spread the right values and means to achieve the all- important end? As a young nonprofit and a team of young people under 35 ourselves, we have been learning, testing and adapting our assumptions and practices over the past four years, chasing our vision to build an alternate progressive ecosystem for young India. Some of our insights and learning questions are:

Are our campaigns assuming what people want? 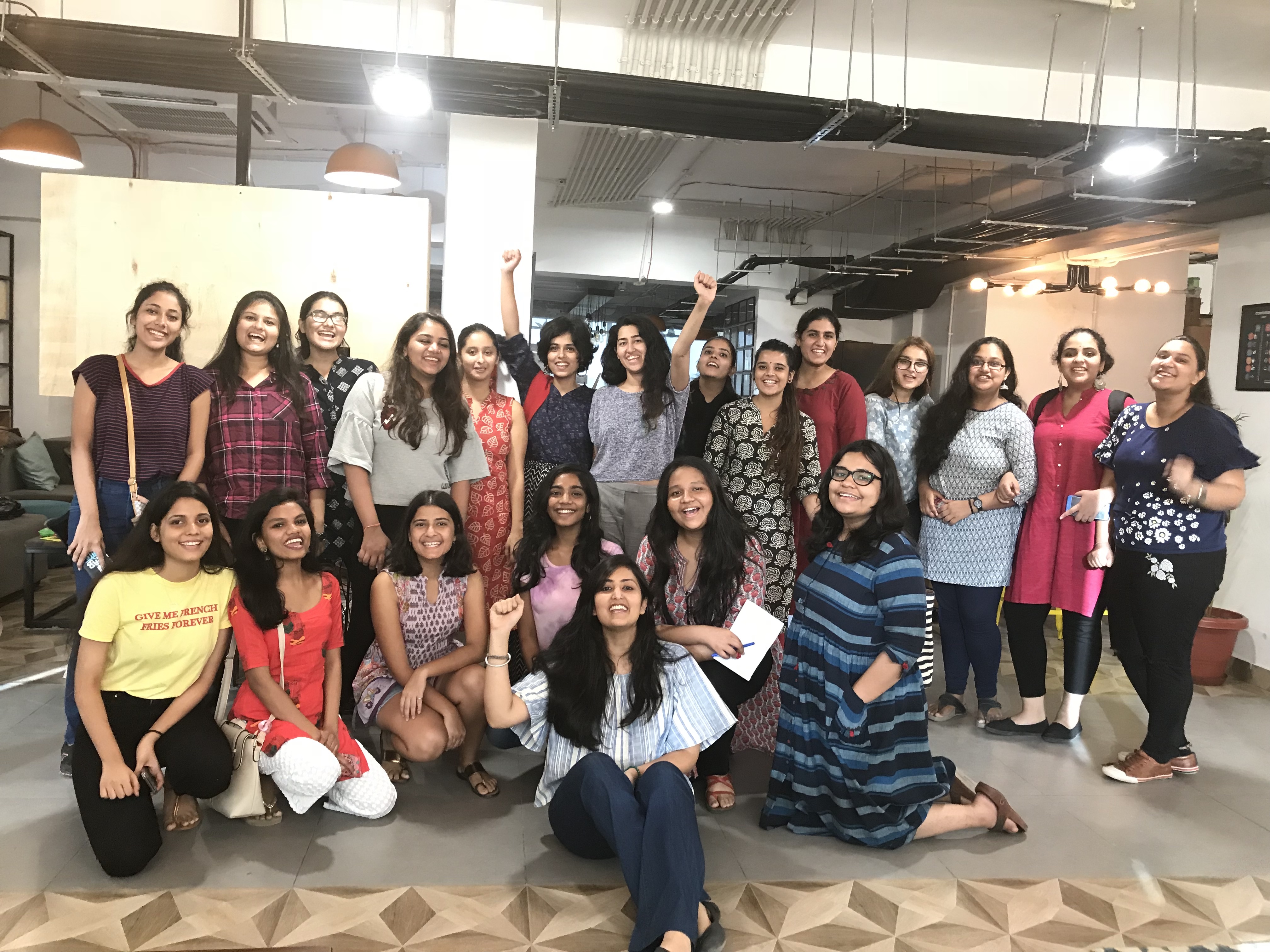 With the rise of NGO and start-up culture in the past two decades in India, we have seen some significant shifts in the way we have engaged with people and social change. Meaningful citizen engagement, people’s campaigning and organising efforts have started reducing to one-off mobilisations, tech solutions and service delivery. And hence citizens became beneficiaries and customers, and we started assuming their desire and selling them positive change. At Haiyya, we as organisers ask three critical questions: Who are my people? What is their urgent problem? How can they turn their resources into the power to solve their problem? We answer the questions in dialogue with the constituency by building relationships, telling stories, devising a strategy, designing structure and taking action. Our campaign ‘Health Over Stigma’ is about fighting stigma against young unmarried women’s sexual and reproductive health services. We identified the constituency, the problem, the solution and the means to address the problem, by organising women as part of our campaign in different roles. Today the campaign is a national movement, both online and offline, with the goal to hold doctors accountable to non-judgemental services.

We are a society of storytellers. We tell stories in organising to communicate our values and to motivate people to take action. One of the core jobs of any campaign is to tell a ‘new story’ that is created by the shared values and emotions of people who have directly experienced it. In order for people to be motivated to act, it requires hope, courage, self-worth and solidarity. And only stories can inspire people to connect back with their emotions, values and feelings and allows us to exercise choice by overcoming fear, isolation, apathy and self-doubt. We turn to the public narrative in organising to answer the question of “why?” – why we care, why the work that we do matters, why do we value one goal over another. Most of us don’t do this work because of a list of facts, and rattling off statistics isn’t usually an effective means of recruiting ordinary people to stand up against injustice. Instead, we’re here because of our values; the desire to make change stems from beliefs like fairness, equality, democracy, or environmental sustainability.

For us at Haiyya, public narrative (story of self, us and now) is not synonymous with ‘speech-making.’ It is a practice we use in many different contexts, not just from a stage at a rally. For example, stories are also told when recruiting a new team member or when debriefing with a volunteer who had a hard shift. Specifically, an organiser may ask a new team member – why did you choose to get involved in this campaign? or can you tell me more about why you’re here today? – in order to hear a little of the volunteer’s story. In turn, the organiser might share a bit of their story for the purpose of building connections, and hopefully, motivating the volunteer to take further action on the campaign.

Are our campaigns building leaders and collective power?

At Haiyya we define campaigning leadership as “accepting responsibility for enabling others to achieve purpose under conditions of uncertainty”. And hence a very core element of our campaigns and projects are building local leaders on the ground who can identify, recruit and develop the leadership of others, build a community around that leadership; and build power from the resources of that community. The way we can bring long-lasting change is to couple the deep desire for change with the capacity to make that change happen. Our success metrics to measure the scale of the campaign is to track how many leaders have we developed over time and what role are they playing in our campaign. It’s rather more important today because the reason the youth issues, identity and engagement has been overlooked has been the dangerous tendency to hijack the movement and not develop a new line of leaders. We need a new approach to campaign for leadership that can embrace empathy, collaboration, inter-dependency and co-creation. Our campaigns and training programmes have developed more than 2,000 leaders who’re trained to be organisers.

Are our campaigns led by the ones who are most affected?

This is the most pressing question and the most debated one in the campaigning space as well. The whole idea and principle of organising campaign is to convert affected people’s resources into power to make change happen, hence the most effective and sustainable leadership comes from those who are most at stake. Our campaigns identify the constituency that is affected by the issue and then starts inviting them in leadership roles of core team leaders, regional chapter leaders, action volunteers etc.

Are we creating ripples for a youthful future?

This is a question that led to the birth of Haiyya and hence our commitment to inspire, support and collaborate with more young people, organisations and new age movements is at the heart of work. We are here to challenge as well as support the NGO and civil society sector to learn and practice meaningful engagement and decision-making with young people. Our training, coaching and incubation methods develop future-fit young changemakers and organisations who can inspire and drive change with their people. 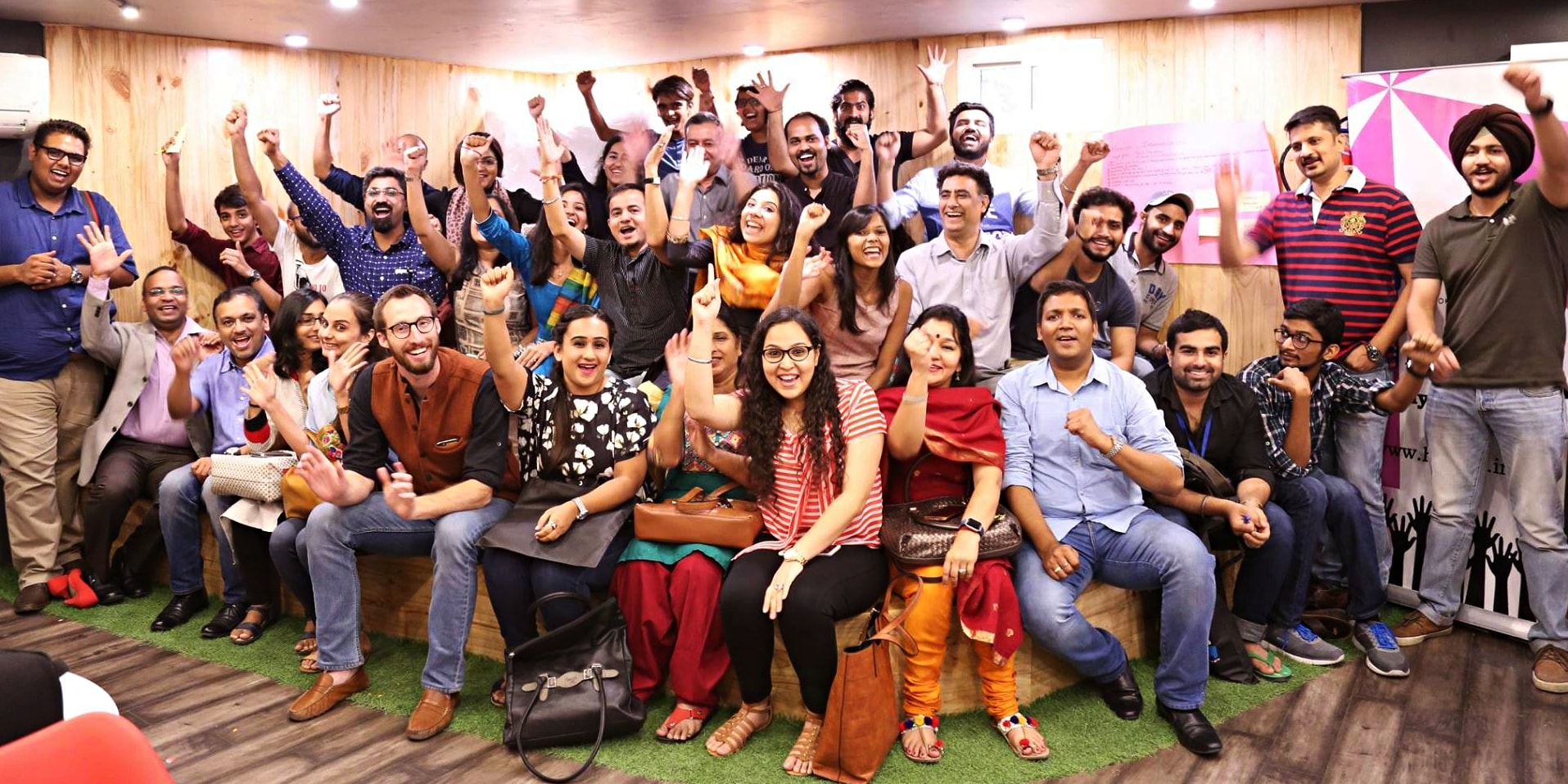 It is high time we collectively reflect on our role as individuals, groups and organisations working in the formal or informal social change space, and what changes are we ready to commit to as we are closing this year and embarking onto 2020. I am optimistic that the insights and learning questions shared above will be helpful as you think of the next campaign you or your organisation is trying to work on.

“Inside us lies every possibility that is available to a sentient being. Every darkness, every light. It is the choices we make that decide who or what we will be.”

Faces of Change with Marshall Ganz: Art Reyes III & We The People