Get bespoke coaching from our network of expert coaches to launch and grow your campaign, build the capacity of your team and organization, and train others!

We offer coaching on the following areas:

If you are an active LCN member, you are entitled to two free coaching sessions annually, and a discounted rate of 50USD for any subsequent sessions if you wish to continue.

If you are not a member of LCN, the coaching fee starts from 100USD per session.

In order to maximize the impact of coaching, we ask you to commit to attending at least 2 sessions of 45-60 minutes each.
Please fill out the below form to request coaching.

Once we receive your coaching request, we will match you with an expert coach from our network within a working week. Booking of sessions will be done based on availability of both parties. 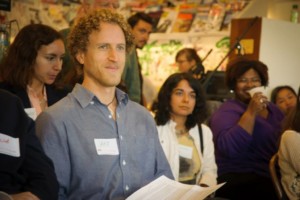 Jake Waxman
Jacob Waxman is an advisory board member and senior trainer with the Leading Change Network. Jacob grew up on Maui, Hawaii, where he learned the value of community at his family’s house, which served both as an informal gathering place for people of all walks of life and a synagogue for the island’s small Jewish population. After growing up selling his brothers’ local political campaign t-shirts to classmates, he got involved with organizing as a student at Emory University, where he helped found the Emory Living Wage Coalition, through which students joined with the University’s service workers to organize for improved wages and working conditions. Upon graduating, Jacob moved to Argentina where he learned the arts of political organizing and Spanish while working at a local NGO. When he returned to the United States, he joined the labor movement, organizing healthcare workers with the Service Employees International Union (SEIU). Jacob then received his Masters in Public Policy from Harvard’s Kennedy School of Government in 2009, where he was a teaching fellow for 4 semesters with Professors Marshall Ganz and Ronald Heifetz, helping to teach courses on organizing and leadership.

Since graduating he has dedicated himself to teaching and learning about leadership and organizing alongside leaders in the immigrant rights, climate change, labor, public education, and health/human rights movements all within the broader context of building the capacity for the practice of democracy. He has had the honor to train and coach leaders in campaigns that have won important victories for immigration reform in the United States, created new resiliency and “power with” among Pacifika immigrant youth in New Zealand, campaigns for increased pay and improved conditions for teachers, school employees, and students in California and dozens of others around the country and world. He has been known to get his “kicks” coaching youth soccer and stays active playing basketball, soccer, and riding the waves of the Pacific Ocean. When not outdoors, a movie or a book are likely companions.

He has led over 200 workshops and trained over 1,500 coaches and 15,000 participants in the craft of Public Narrative and Leadership, Organizing, and Action 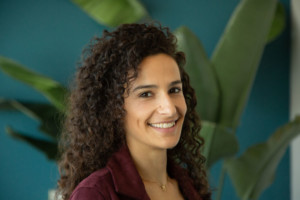 Rosi Greenberg
Rosi is a leadership development trainer and coach. Rosi supports leaders at all levels to move forward with clarity, confidence, and creativity in a changing world. Rosi specializes in helping teams forge the connective tissue that sparks energy and joy in collective action. ​Rosi draws on Adaptive Leadership, Internal Family Systems, and Narrative Storytelling to create a bespoke experience that sparks both individual and system-wide change within organizations. Using art and design skills, Rosi visually represents the facilitation process, helping people see in deeper ways and engage their innate creativity. Rosi has worked with a wide range of clients across the US and the world, including C-suite executives, nonprofits, philanthropies, youth groups, political campaigns, community organizers, and more.

Rosi holds a Master’s in Public Policy from the Harvard Kennedy School, with a Certificate in Management, Leadership, and Decision Sciences. Prior to Harvard, Rosi lived in Amman, Jordan and worked as the Monitoring and Evaluations Officer at Questscope, an NGO focusing on education and social development. There she helped the team address challenges, communicate more effectively, and use data to drive decision-making in their nation-wide programming. Rosi also draws on several years of teaching in the Baltimore Public Schools, where she honed her skills in pedagogy for capacity development with dynamic groups. The eldest of five children of a single mother Rabbi, Rosi spent her college years learning Arabic and engaging in dialogue with her Jewish community about issues in Israel/Palestine. Originally from Philadelphia, PA, Rosi now lives in Cambridge, MA and spends her days on Zoom. 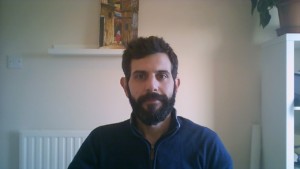 Ashraf Hamzah
Ashraf has always been active in voluntary and community work. Since 1998, he has volunteered with the Syrian Red Crescent, focusing on HIV/AIDS, community based health first aid (CBHFA), disaster management, and first aid projects until he became a trainer in all the mentioned fields. With the Red Crescent he coordinated many campaigns in Syria. In 2010, he became an active member in the Youth Agenda Initiative running more than a hundred focus group sessions in the whole of Syria which is when he was first exposed to community organizing.

He was among the coaching team trained in 2010 and in 2011 and studied community organizing with professor Ganz at the Harvard Kennedy School. In March 2011, he led the Syrian organizing team that trained close to 300 Syrian youth throughout 2011. Outside Syria, he was recruited to join a few trainings in Lebanon, Jordan, and Tunisia.
Ashraf graduated as Computer and Communication engineer, and completed his Masters degree in advanced telecommunication. In 2016, finished his Msc in public policy from the University of Edinburgh.

Professionally, he worked as a networking associate in the UNDP in Syria, then the coordinator of a network for peace building and negotiations with Responding to Conflict, then Nokia as training manager in Jordan, and later as a full time organizer with Ahel organization. In 2016, he worked with the Violation Documentation Center, documenting human rights violations, before joining a charity in the UK, in 2017, as the Head of Social Impact. 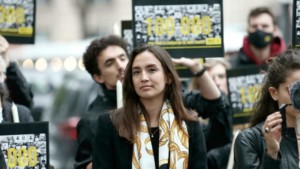 Celine Lebrun Shaath
Céline Lebrun grew up in Paris, France. Between 2012 and summer 2019, she lived in Cairo, Egypt where she worked as a researcher, teacher, and an organizer.

She first got involved in the Palestine Solidarity movement in 2009 as she entered the Faculty of Political Science during the 2009 Israeli aggression on Gaza. Moving to Egypt in 2012, she studied the Egyptian revolution for many years, following the Youth movements and political organisations on the ground. In 2015, in a context of generalized repression, she co-founded BDS Egypt, the largest political and social coalition for the defense of Palestinian rights in Egypt. Part of the global BDS movement, BDS Egypt calls for Boycott, Divestment and Sanctions against Israel until the realization of Palestinians’ political rights.

As an organizer with BDS Egypt, she worked with her teammates to create a space uniting people from different political backgrounds, a space where they could develop their leadership and strategic skills and raise their voice despite the authoritarian context.

From July 2019 to January 2022, following the arrest of 2 members of the movement, including her husband, and her deportation from Egypt, she led the international campaign for their release. 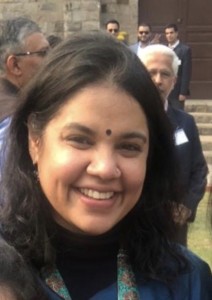 Shivani Kumar
Shivani Kumar is the Lead- Gender and Strategy at The CII Foundation. Her work focusses on Gender Mainstreaming in development projects undertaken by the foundation and advocating for accelerating the inclusion of women in the workforce through advocacy and capacity building of corporate members as well as through design and development of self- assessment tools that not only identify gaps but also provide the nudge for companies to move in the right direction. She is also working to build a network of grassroots women change leaders who are striving to change gender stereotypes.

Shivani has over 16 years of professional experience across NGOs, Development organizations, corporates and Politics.

Shivani was introduced to the Organizing and Public Narrative framework as a student of Marshall at the Harvard Kennedy school in 2008. Since then she has been associated with the content and has worked closely with Marshall as a teaching fellow and has led the online version of the organizing course. She also works closely with Haiyya, played a key role in developing their organizing fellowship program and continues in an advisory role with the group. She has also worked closely with 3 election campaigns in the US and one in India. She has been part of multiple coaching teams, working on diverse range of issues such as rights, health, politics, access to education to name a few. 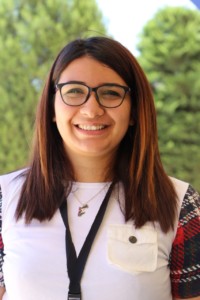 Reem Khashman
Khashman has more than 5 years experience in research and practical experience in the development sector in Jordan and is exposed to the policy making and decision making processes.

She took part in different policy papers in previous years which included content analysis and case studies such as “Participatory Action Research for Youth Led Civic Spaces in Jordan” with Tammey for Youth Development organization and “National Quality Framework for Apprenticeships in Jordan” (International Labour Organization).

In addition to her role as a Teaching Fellow at Harvard Kennedy School, executive education, she recently joined ARIJ team as a Senior Project Coordinator under Arab Fact-Checkers Network AFCN.