The Leading Change Network is rich with people who can support, coach and train you in launching campaigns, building organizations, and training others.

Our network is available to provide training in 20 different languages and can help you build the capacity of your organization and its membership.

To inquire and discuss training options please click the link “Request a Training or Coaching” at the bottom of the page.

Looking for coaching? Check out our Coaching and Support programme below.

Have you ever tried to launch a team, motivate others to join you, launch a campaign or build the organization? Have you ever felt that you would appreciate talking it through with someone who could listen and coach you through it?

We all have been there, and we all know how much coaching matters in building our capacity to cope with the challenges of organizing.

Coaching plays a critical role in the development of our practice by standing alongside us and providing empowering input and feedback as we step forward with our practice, reflect and learn from it.

LCN provides its members with 20 minutes free per month and a reduced rate for additional coaching sessions.

Click here to register for a free coaching clinic.

LCN also provides individual coaching sessions (subject to a fee) to people outside of our network too.

Click “Request a Training or Coaching” at the bottom of the page to inquire about an individual coaching session with one of our great coaches, or to discuss more tailored training or coaching options for your organization or campaign! 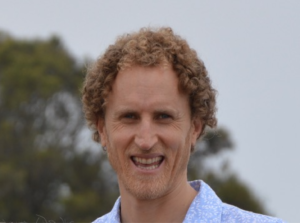 Jacob Waxman is am advisory board member and senior trainer with theLeading Change Network. Jacob grew up on Maui, Hawaii, where he learned the value of community at his family’s house, which served both as an informal gathering place for people of all walks of life and a synagogue for the island’s small Jewish population. After growing up selling his brother’s campaign t-shirts to classmates, he got involved with organizing as a student at Emory University, where he helped found the Emory Living Wage Coalition, through which students joined with the University’s service workers to organize for improved wages and working conditions. Upon graduating, Jacob moved to Argentina where he learned the arts of political organizing and Spanish while working at a local NGO.

When he returned to the United States, he joined the labor movement, organizing healthcare workers with the Service Employees International Union (SEIU). Jacob then received his Masters in Public Policy from Harvard’s Kennedy School of Government in 2009, where he was a teaching fellow for 4 semesters with Prof. Marshall Ganz and Ronald Heifetz, helping to teach courses on organizing and leadership.

Since graduating he has dedicated himself to teaching and learning about leadership and organizing alongside leaders in the immigrant rights, climate change, labor, public education, and health/human rights movements all within the broader context of building the capacity to practice democracy. He has had the honor to train and coach leaders in campaigns that have won important victories for immigration reform in the United States, created new resiliency and “power with” among Pacifika immigrant youth in New Zealand, campaigns for increased pay and improved conditions for teachers, school employees, and students in California and dozens of others around the country and world. He has been known to get his “kicks” coaching youth soccer and stays active playing basketball, soccer, and riding the waves of the Pacific Ocean. When not outdoors, a movie or a book are likely companions. 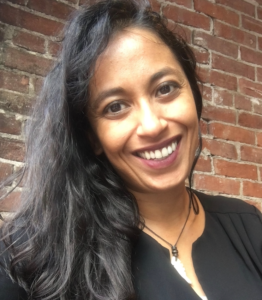 Anita Krishnan is a storytelling consultant, leadership coach, and learning specialist, with 10+ years in the field of education. She holds Master’s degrees in Adult Development and Psychology (Harvard University) and Educational Linguistics (Middlebury Institute of International Studies at Monterey). Having grown up in Australia, Singapore, and the United States, Anita brings a global perspective to everything she does, and works to help others effectively bridge cultural boundaries and gaps.

Anita is currently the Head Teaching Fellow with Marshall Ganz at Harvard University for his courses on Public Narrative and Community Organizing. Since 2015, she has been a Public Narrative teaching fellow and a narrative coach and trainer for workshops across the U.S. Anita works closely with several other Harvard professors to research, design, implement, and evaluate graduate and undergraduate courses on a range of topics from conflict and negotiation, organizational psychology, and learning to communication, culture, and adult development. Anita is also a freelance writer and performing musician who is ultimately on a quest to help people better connect with themselves so they can better connect with others. 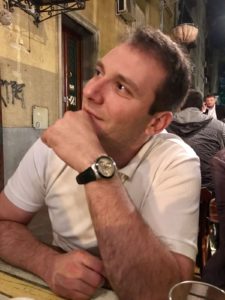 Dusan Stojicic completed his master’s degree in Sustainable International Development and Global Health Policy and Management master’s program at Brandeis University – Heller School where he was awarded with merit-based scholarship. He also served as a research partner at the Relational Coordination Research Collaborative at the Heller School. His thesis “Collaborative Community Engagement and Co-production as a Pathway to Address Mental Health Disorders” was published and presented at various conferences.

Dusan began his career at R.A.L. Austria and Raiffeisen Bank. In 2008, he transferred to the civil sector. Between 2010 and 2015 he served as Executive Director of the Center for Development of Non-Formal Education. He has completed the “Community Organizing, Leadership and Change” program offered by the Harvard University John F. Kennedy School and later in his career served as a teaching fellow for the same program.

Over the course of his career, Dusan gained more than eight years experience in community organizing through engagement in the national organizing and change-making non-profit, Serbia on the move (SoM). He launched and led three national campaigns engaging hundreds and thousands of citizens, resulting in the introduction of innovative tools for increasing transparency accountability, creation of opinion shifts and policy changes in areas of healthcare, environment, and social justice. He was also a national leader of the Theatre Against Violence movement. He has coached people domestically and internationally in Public Narrative, Organizing, and Civic Engagement. 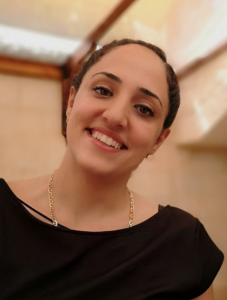 Mais Irqsusi is the founder and director of Community Organizing EuropeAB www.coact.eu . Previously co-founded Ahel social enterprise in Jordan in 2011. Her organizations missions are to support people lead campaigns for change towards justice, human rights and freedom, using the value-based community organizing methodology. Irqsusi has trained over 2400 participants and coached 18 campaigns in various countries.

Mais has a BA in management information systems and a Masters in Business Administration (NYIT). She co-led Ahel for four years and was the program manager of the Arab Education Forum earlier. She was part of the teaching team for Harvard Kennedy School online course on Leadership, Organizing and Action (LOA) in 2012 and 2016. Irqsusi is an experienced leadership coach and campaign roadmap designer. Her strength is empowering constituencies in leading change through campaigns and learning journeys. She is passionate about learning, content development, and coaching. She currently resides in Stockholm, Sweden. 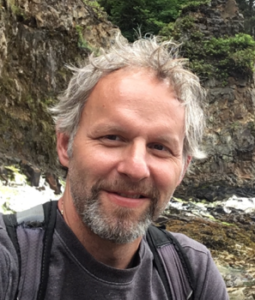 Dan is a Midwestern native and founder of the Wisconsin Leadership Development Project (WiLD). Moved by his faith and experience working with young people in the inner-city schools of Houston, Texas, Dan was called to community organizing. For the past 20 years, he has supported grassroots organizations in struggling communities throughout the world including the Middle East, South Africa, Venezuela, New Zealand, Denmark and Canada. From 1999-2006, he worked in St. Louis, Missouri as a faith-based organizer on a variety of grassroots initiatives that delivered historic victories on poverty and later played an integral role in the 2008 Presidential Campaign. He co-founded the Leading Change Network—a global community of practice—and since has trained and stood in solidarity with leaders across many social justice movements.

Dan received his bachelor’s degree from Marquette University, Masters in Social Work from St. Louis University and Masters in Public Administration from the John F. Kennedy School of Government at Harvard University studying social movements and non-profit administration. He was a Teaching Fellow at Harvard University with Dr. Marshall Ganz in community organizing and guest lecturer at Marquette University. Dan currently lives in Milwaukee, Wisconsin with his wife and two sons. 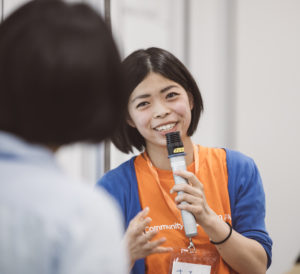 Sachiko Osawa was born and raised in Japan. Growing up in a country without an active civil society, she often felt powerless. While in university she connected with organizers and activists around the world, and learned the power of collective action to create social change. Since then, she hasbeen passionate about empowering people and developing their leadership. Sachiko served as a Teaching Fellow and Head Teaching Fellow of the Leadership, Organizing, and Action online course at the Kennedy School in 2018 and 2019, respectively.

In Japan, she worked as a trainer and coach for Community Organizing Japan. In 2015, she founded Chabujo, a campaign organization based in Tokyo, organizing citizens to take action against gender inequality. She was one of the lead organizers in a national campaign that succeeded in changing the penal code for sex crimes for the first time in 110 years. She is leading initiatives to identify, train, and coach student leaders to launch campaigns to prevent gender-based violence in universities across Japan.

Prior to her career in community organizing, she worked as a management consultant with various non-profits and social businesses operating in Asia and Africa. Sachiko currently resides in Sweden, pursuing a Master’s Degree in Public Health.